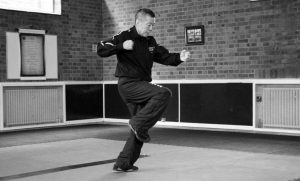 Having been born in Malaysia and spending my first few years there until I came to England for my studies, martial arts was not the main factor in my life.

This is a little surprising given the large and, in fact, major part that the doing and teaching of martial arts now plays in my daily life and aspirations.

I first encountered the nature of martial arts when I took Kodokan Judo sessions at a club in Kuala Lumpur – where I trained for about one-and-a-half years. The club was located in an external dojo located in the grounds of one of the mansions in Conlay Road of the town I lived in. I did not realise until much later that I was in fact being taught and trained with some of the most senior Judo practitioners in Malaysia, many of whom eventually also became high ranked Aikido players. I enjoyed my training and came to an early understanding that the skill and strategy of martial arts did not depend on brute force or size but on guile and the ability to think and reason and the need to remain mindful. I did not grade and was content to remain a mere trainee. 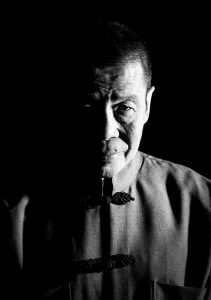 When I first came to England for my studies, I continued training at a Judo Centre in South Kensington known as the Gilston Centre. I enjoyed this somewhat less as the much larger trainees were inclined to ignore Judo principles and to resort to force – and I was not skilled enough to counter force with skill and strategy.

I did now feel the constant need to do martial arts training and joined a Wado-Ryu Karate dojo in Kings Cross. I was taught by Hanshi Tatsuo Suzuki and his team of very dedicated and skilled instructors including Sensei Shimizu, Hayakawa, and Watanabe. I believe that I was fortunate and one of the earlier students of Master Suzuki. Wado-Ryu techniques are economical and pragmatic and do not reply on showy techniques.

When I returned to Malaysia after my studies I began to train with Master Quek in the Shaolin Style (then known as Fatt Gar Kuen and now known as Gao Can Mun). I trained with Master Quek for over 40 years until his demise in 2010. The training was arduous, full contact and involved much arm, fist, finger and shin conditioning. It was pretty painful alleviated by vigorous massaging of the bruised parts by a fellow trainee with the Chinese Dit-Tat Medicine – a medicine which smelt strongly and was a guarantee at a non-social life.

I helped my master to formulate a training syllabus for the traditional Shaolin style to equip the group for acceptance under the martial arts ordinances of Malaysia. 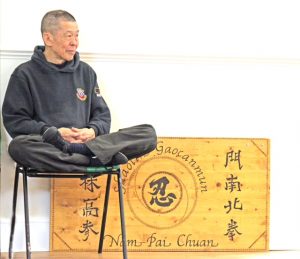 Later on I also studied with Master Leow Cheng Koon, at that time the chief instructor of the Taekwondo Systems in Malaysia having been made by Master Lee Byong Moo of Korea as his nominated and very successful successor. I assisted Master Leow. Master Leow has a breadth of martial arts knowledge – extending far beyond WTF Taekwondo and I believe that he has immense knowledge of the other Korean and Chinese arts and Japanese weapons styles. I found my studies with Master Leow as rewarding as my studies with Master Quek and the two of them have been the major influences in my development of the Nam Pai Chuan style.

I was privileged to have been able to help Master Leow in the formation of the first national body for WTF Taekwondo – and it had 13 member states in West and East Malaysia as well as the Malaysian Armed Forces Taekwondo group – which included some of the special forces of that time.

Master Leow remains a firm friend of mine today and I still acknowledge him as my teacher.

Returning to England in 1979 to live here I began the teaching of Shaolin Nam Pai Chuan in a modest manner – sponsoring two Malaysian instructors with a Taekwondo background to whom I had taught basic Nam Pai Chuan-style techniques. 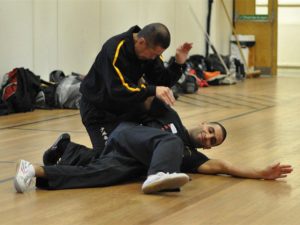 Over the many intervening years Nam Pai Chuan has grown exponentially and now has numerous training locations in England, Wales, Belgium, France, The Czech Republic, New Zealand, Australia and Japan.

I have always considered that the culture of Nam Pai Chuan development should not be “growth at any cost” but rather mindful growth with good and sincere teachers to pass the correct message that Nam Pai Chuan is about tradition, respect and skill and not about aggression or power.

My dream is to make the Nam Pai Chuan understanding and message available as widely as possible to those who will welcome it.

Some will cleave to it and some may not. That is well and is very much the nature of life and living.

We all seek and find our own levels of endeavour.

For more information about the history of our school, click here.